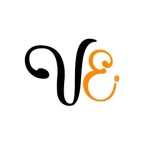 VouxElan is a lifestyle magazine empowering our readers to find…

South Korean film Peninsula has debuted its first official trailer, showing what’s to come from the hotly anticipated sequel to Train to Busan.

Peninsula, which is to be directed by Yeon Sang-ho, takes place four years after Train to Busan in the same country, but revolves around a new roster of characters and a new plot. Following on from the zombie apocalypse in Korea, Peninsula sees Jung-seok (played by Gang Dong-won), travel to Seoul — on his way coming into contact with survivors, zombies and more who he has to fight off in order to survive.

The trailer, which lasts just over one-and-a-half minutes, shows a wasteland that was once Korea. Buildings are beyond repair, cars are sparse if not war-torn, and the environment is beyond recognizable. Take a look at the first official trailer for Peninsula above. The zombie horror is expected to be released this summer.

In other related: ‘Rick And Morty’ Season 4 Return Date Confirmed

VouxElan is a lifestyle magazine empowering our readers to find confidence, community and joy through Fashion, Beauty and Pop Culture.